How Redefining Sales Finally Turned Me Into A Real Entrepreneur 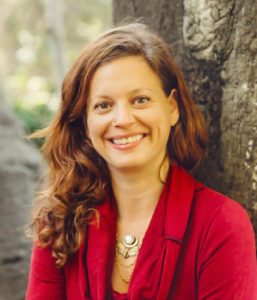 Over the past couple of years I’ve been doing a lot of hybrid Vedic Astrology/Marketing coaching, which makes sense since it integrates the two areas where I have the most expertise. But there’s one thing I’ve had to step into lately that has even surprised me… doing sales, and then leading a Sales/enrollment team.

If at any point in my life you had asked me if I would like to get on the phone with people I’ve never met, talk to them about their deepest fears and biggest dreams, and then inspire them to do something they’ve seriously never even considered before to make their visions a reality, I would have said sure, I do that all the time in my readings. But if you had called it sales, I would have said “I don’t do that.”

The problem was that, not so deep down, I equated me doing sales with manipulation, being pushy, self serving, egotistical, and having a “winner/loser” outcome.

Who would want to do THAT, besides a sleazy “used car” salesman? (No offense to any high integrity used car sales people out there – I’m just working the stereotype!)

So when I realized that I had an opportunity to co-create a business that would truly help transform the love lives of women around the world, so they could finally find a partner, focus more on their soul purpose, and radiate their beautiful essence, but that the only way to make it work meant me getting on the phone and doing sales/enrollment calls, I hesitated.

I didn’t know how I was going to make it work. So I hired a mentor, and got myself in a mastermind full of other people dealing with the same thing. Then I started taking calls.

What I soon learned is that doing Sales is the single most transformative activity any entrepreneur can do. In fact, it’s probably one of the most powerful thing anyone interested in personal growth can take on.

Real Sales is about revealing the truth. Period, end. All other opinions I had about it were wrong.

…Crappy mindset? Feel like being Eeyore today? Nope, not gonna work. Gotta learn how to switch states on command.

…Feeling uncomfortable and nervous? Not confident? Nope, also not gonna work. Gotta find my inner badass and fully embody her.

…Not sure how to fully be with someone else’s pain where I’m really just listening deeply and not trying to fix or change anything? No-go. Have to shut my mouth and breathe and listen so deeply that the person I’m speaking with feels heard in a brand new way.

…Afraid to say what I really think? Sales is actually all about speaking the truth of the moment in a compassionate way.

Now I mentor the other women on our team to do the same thing. (That’s a whole other crazy story!!)