Making it up as we go along: The secret to stardom and success 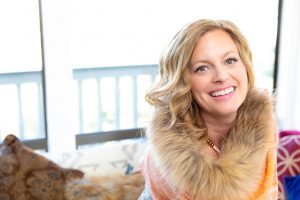 During the 3rd year of my snooty undergrad business program, I was confronted with the question of what I was going to do for a living.

Originally I had visions of becoming a brand manager for Coca Cola or a consultant for KPMG because, money, but I quickly realized I would rather poke out my eyeballs with a rusty dagger than do something so utterly boring.

The question that I’m so grateful I asked myself was, “What do I love?”

The only and immediate answer was music. But since I knew I was nowhere near becoming a professional musician, I thought I would go work in the music business so that I could be in the perfect place to do that when I was ready.

I told a few people about my plan. They looked at me like I had 3 heads and gave me all the reasons why it would never happen.

“You HAVE to have connections to get in,” they said.

“It’s completely impossible to get a paid internship at a record label,” they said.

“Do you realize you’re a woman and that’s a male-dominated industry,” they asked.

I didn’t understand the concept of “No, you can’t do that,” at that point in my life. I just found it weirdly annoying, and proceeded to apply for 300 record label internships.

Actually… There were no internships available. I just emailed 300 labels, before they were even really using email, and proposed that they hire me for a non existent position.

I got 2 replies. One from a label in Chicago (brrrrr, no thanks), and London-Sire Records in New York.

The head of marketing there had set up their email inbox the day before and I was the first one to write him. Did they need help with internet things, I had asked? Why yes… yes they did.

Despite the fact that absolutely no one paid their interns, they didn’t have a position open, weren’t planning to hire anyone, and had never met me, my delusional enthusiasm sealed the deal.

Without any real assurance, I packed up my stuff, moved to New York, and kept showing up at the office every day until I was a fixture.

Online marketing didn’t exist yet. Online publicity wasn’t a thing. Online music was only available as illegal downloads via Napster.

My job was to make stuff up as we went along.

Maybe we could do a contest with this new site. Make a flash e-card for that band. Have an article written about that new album. Make a company website with all the artists on it.

It was the year 2000. None of it had been done before. But it was exciting. Something very important was happening.

After one summer, they hired me to run their new media department full time.

Over the next 10 years, I got to negotiate and ink some of the first independent label deals with companies like Apple, Spotify and Google so that music could be sold and streamed online.

No one had done this before. But we all figured it out together.

Soon, most music was being sold online, and the rest is history. (Well actually, then smart phones came along and more things had to be figured out, and so on…)

My point is that when new technology is emerging, when the market is shifting, no one ever knows what they are doing, especially not in the music industry.

It’s all just made up as we go along.

This, right now, is another one of those moments where everything is changing.

Now we have artists breaking out on Tiktok. No one buys music files anymore. Streaming revenue is negligible. No one can really tour due to covid.

The industry is forever changed and nobody knows exactly what to do.

Ahhhhhh. But I love love love LOVE not knowing what to do. It is my absolute favorite place to be because the possibilities are infinite and we are more aware that they are unlimited.

Doing the same stuff everyone else does is boring. Inventing a new way is exciting and it gives a chance for artists to make it big, outside the confines of big labels and annoying rules.

There are so many ways to have a music career, to have your art heard, to fulfill your soul. It just takes creativity, commitment and perseverance.

And it helps so much to have a cheerleader, a coach, someone who knows the industry inside-out, someone to walk beside you and come up with off-the-wall ideas and consistent daily practices to magnetize your adoring fans.

If you’re a musician, and you know you’re meant to go to the next level, as in, this is your destiny — or if you have heard the knowing whispers that becoming a professional musician is your next calling …. and you don’t want to follow anyone’s rules, norms or limitations…

Let’s talk: Message me, or send this to your musician/artist-friend-in-hiding who needs to see this.

It can be so much fun. And this moment is a golden opportunity